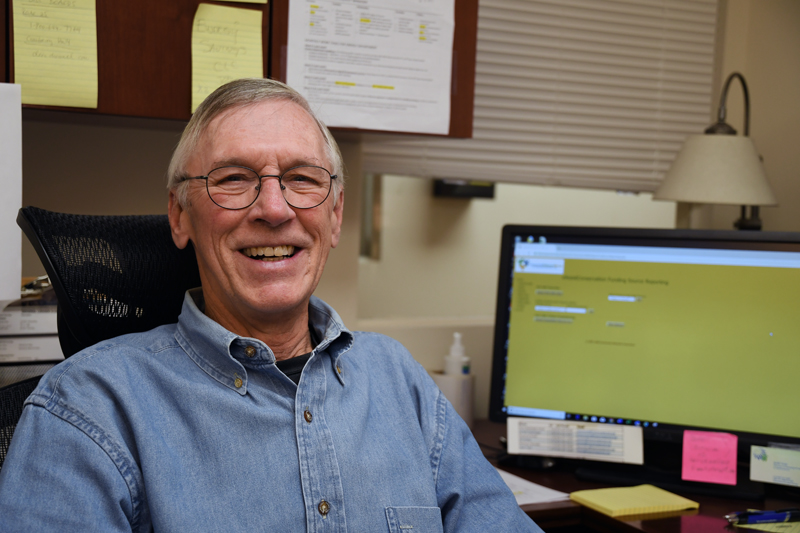 A little over 35 years after he last worked at Housing Assistance, David Fuller returned last fall to lend his expertise as the new manager of the agency’s Energy Department.

In between the two stints, David spent his career working at the Department of Housing and Community Development, stepping down in 2016 after serving as its weatherization program manager.

“One of the things that attracted me to come back here is Housing Assistance’s mission,” Fuller said. “I’ve always felt strongly about keeping people in their homes.”

A native of Barnstable, the bulk of Fuller’s professional life has been centered on energy and weatherization, making him a perfect fit for his new role.

From 1979 to 1984, he served as Housing Assistance’s weatherization coordinator when its headquarters were at 77 Winter Street. He then spent more than three decades at DHCD, starting as a field rep and working his way up to become a program manager where he supervised a four-person staff, oversaw federally-funded programs, wrote grants, and developed technical guidance for local agencies like Housing Assistance.

Roughly four years ago, Fuller said farewell to his state post so he could focus on his family. He and his wife Gayle Feeley have a daughter Alyssa as well as three dogs. He’s also had extra time to devote to his passions, which include kayaking, paddle boarding, walking, and trail running.

Last summer, he applied for Housing Assistance’s job opening to replace Ruth Bechtold who retired in January. Since October, Bechtold has been training Fuller to ensure a smooth transition in leading the department which conducts free energy audits and weatherization on low-income homes and apartments throughout Cape Cod, Nantucket, Martha’s Vineyard, and Wareham.

He’s found the Energy Department staff is one that “is very, very committed to what they do. And they do a great job.”

From insulating and air sealing homes to replacing light bulbs, dehumidifiers, freezers and refrigerators to repairing or replacing heating systems, Fuller said, the department’s work fits in perfectly with Housing Assistance’s mission. “We help keep existing housing affordable and keep energy bills low,” he said. “Equally as important is the health and safety issues we’re able to remedy or at least provide direction and resources to help people address these issues.”

If you receive Fuel Assistance or are can qualify  for Fuel Assistance, you may be eligible for a free energy audit through Housing Assistance. To schedule an audit, call 800-797-6699 (Barnstable and Dukes County). If you live in Wareham or on Nantucket, call Suzanne at 508-771-5400, ext. 123.