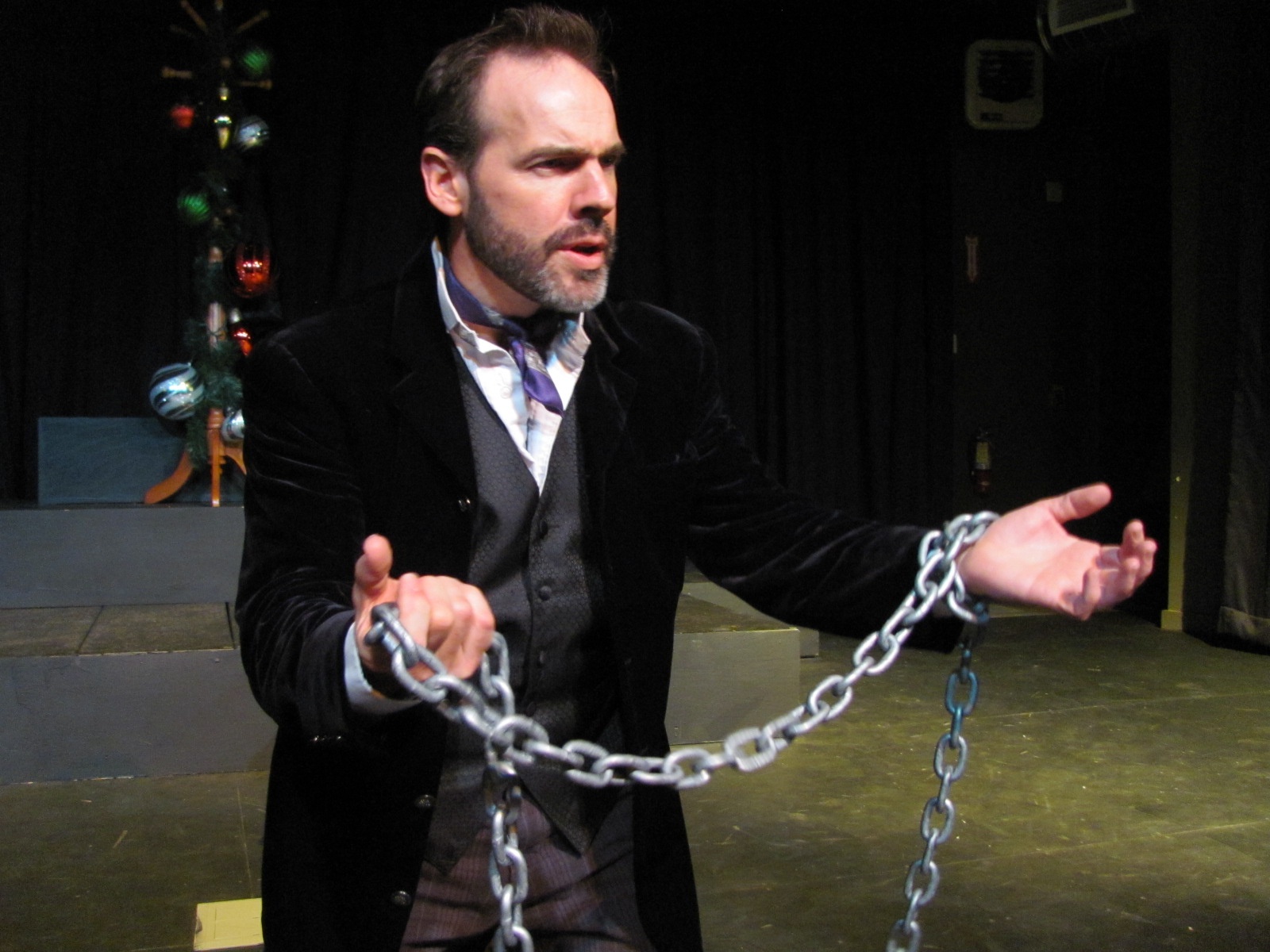 Have Neil McGarry play all the parts.

No, it’s not a joke. This has happened the past two years as the Marshfield actor has brought his talents to stages throughout Massachusetts, playing not just Ebenezer Scrooge or Bob Cratchit, but every single role – from the ghosts of Christmas past, present and yet to come to Tiny Tim to Jacob Marley – in the cherished holiday tale.

And McGarry will do so again this season bringing the performance to 11 venues, including a stop at the Cotuit Center for the Arts on Sunday, December 13 at 7:30 pm as a fundraiser for HAC.

The Cape Cod native has a strong affinity for the play which he first performed while a student at Barnstable High School. He assumed the role of the miserly Mr. Scrooge. “It’s such a rich and vibrant story and I’ve loved it since I was a kid,” McGarry said. “There is a real message in it of act better, be better, treat your neighbors better and observe The Golden Rule.”

It is a message that resonates both to the holiday season and to the work that HAC does in serving those of all income levels, particularly the most destitute.

Though McGarry has never experienced homelessness, there have been times “where I was close to being in a situation where I needed help,” he said.

That is part of the reason why he relates so much to this Dickensian novel. “Part of what Dickens is pointing out is the social contract that we have in our society that is necessary for all of us to function,” McGarry said.

His aim is that audiences who catch his solo performance on December 13 will not only carry that lesson with them, but help HAC turn that into action. “Hopefully, this helps somebody get a roof over their head, keeps somebody warm or gets them a meal,” he said. “I hope this benefits those who need help in my hometown. That was the impetus for this.”